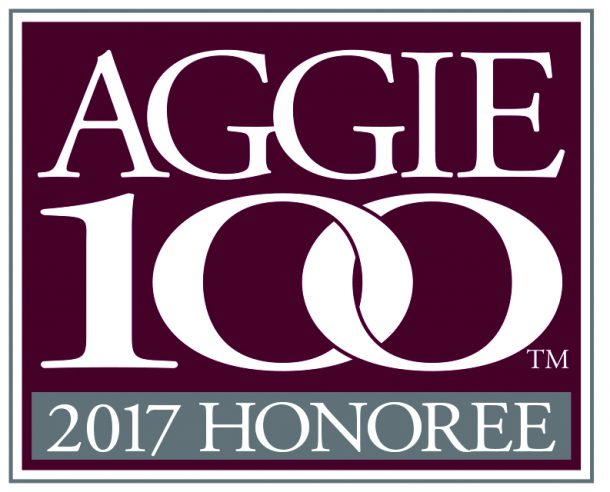 The 100 Aggie-owned or Aggie-led businesses with the highest annual revenue growth were recognized on Friday, October 27, 2017, at an evening program in the Hall of Champions at Texas A&M University?s football stadium, Kyle Field. The honorees were joined by employees, faculty, administrators, current students, and fellow entrepreneurs to celebrate their success.
?The 13th Annual Aggie 100 is a very impressive representation of Aggie excellence. The honorees bring the best to their respective industries and are keeping the Aggie entrepreneurial standards alive and well,? said Richard H. Lester, executive director of the Mays Business School?s McFerrin Center for Entrepreneurship. ?As always, we?re very proud of these Aggie entrepreneurs, and we celebrate the success of all Aggie companies that live by the Aggie Code of Honor: Aggies do not lie, cheat or steal or tolerate those who do. We need more of that in today?s business world.?

The Aggie 100 list in its entirety may be viewed at www.aggie100.com